IT CAME FROM THE STREETS : VOLUME 9 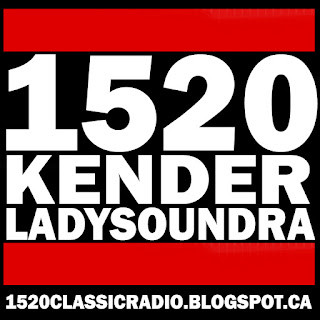 That's right, it's another PODCAST of YOU!

We love our listeners, and love the music that you send us!

Lady SoundRa and KendeR want your tracks!
IF you want to be on LIVE radio, please send your tracks to:

Listen to us every Saturday Night on Fusionradio.ca at 10:00 pm!

So what did we get this time around?!  Well we got lots of music in, and we share it here:

DJ Flatline returns with an incredible MOBB DEEP REWIND MIX
If you want to hear what a real DJ does, this is what it is, you HAVE TO check this mix out:

ThaGodFahim comes back with more goodness on a track called "Twin Towers", produced by CamoFlugeMonk off the new BLVCK PEARL album available now.

Kid Sean teams up with New Jersey's own Keith Science with a track called "Electron".

Mahatma Crowley, our favorite occult rapper brings us "The Hour of Time" from his new album "The Beholders Mark"

Marco Polo, a Toronto to NYC producer has a remix of Phryme's track "Courtesy"

Mahatma Crowley, the occult rapper has another track shared from his album "The Beholders Mark" called "Hiram Abiff".

The 777Tribe sends us a track from Los Angeles, produced by Hooligan with "Driftin'"

Wyldelux knows his shit with a track called "Dog Shit"

Robot Orchestra sent us "Tell Me" featuring 1520 veteran Rayclev.  This is a Germany / Los Angeles connection.

Chris Rivers and Termanology rap a freestyle over the amazing Big Daddy Kane beat "Aint' No Half Steppin".

From Finland, LX Beats brings us an Akrobatik track (Boston) with Shotgun.

"Kicking Real Facts" is what MC Shinobi does on this demo, produced by Jimmer Man

Don Street brings it to the streets with "Better Ways" produced by WMP.  WMP is from Denmark and Don Street hails from Baltimore.

ThaGodFahim brings us "BLVCK PEARL" from his album of the same name.

MG Ghost from Bristol UK sends us "Hand Me The Crown", ft. G.Force

First Division has a new single out, produced by the incomparable DJ Premier.

What can you do but "Clap, Clap, Clap" with this song by Robot Orchestra from Germany, featuring Florida's Azon Blaze.

It's with "Swift Retaliation" SB Metrix and MC Shinobi, produced by Easy B that they send another burner.

In the "Spirit of Shogun", ThaGodFahim sends us a bonus cut from his album "BLVCK PEARL"

Preach Muzak brings us Green Love (we love it too).

"T'Chilla Champ" is the name of the song sent to us by Wyldelux produced by Layfayette Avenue.

YOU'RE FAVORITE BLACK GUY!  This guy is the truth.  We love this kid.  He hit us upon Twitter and Jon Oh! from Charleston South Carolina shows and proves to us, why Will Smith is NOT our "Favorite Black Guy".

Black Poet, Teflon and 1520 Classic Radio's own KendeR and DJ Flatline bring us a way back playback called "Let Em Have It.".


SEND US YOUR MUSIC THAT YOU MADE TO 1520CLASSICRADIO@GMAIL.COM