IT CAME FROM THE STREETS : VOLUME 10 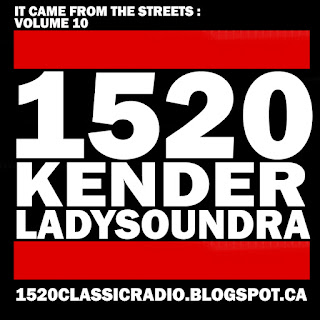 Hey there everyone out there in the Internets!

Have we got some treats in store for you!

We did it again, and will keep on doing it!  As long as you send tracks to us, we will keep broadcasting and podcasting!

The section is called "It Came From the Streets", and it is where YOU send us YOUR tracks for live radio play every Saturday Night at 10pm on www.fusionradio.ca, and then on our podcast here!

So how does this happen?

It's quite simple really....you just need to know where to send things to us!


Lady SoundRa and KendeR want your tracks!
IF you want to be on LIVE radio, please send your tracks to:

Listen to us every Saturday Night on Fusionradio.ca at 10:00 pm!


THIS WEEK HERE IS WHAT WE GOT IN!

DJ Flatline blesses us once again with a signature mini-mix.  DJ Flatline can be followed on Twitter @DJFLATLINEMC4L.  Be sure to check out his SoundCloud account too!  There are lots of treats and great tracks there!

Blessing us on the 1's and 2's, here is the track listing!

Next we have Ransack Pavillion by Shaz IllYork, who found his way to us via Soundcloud.

Cleveland Ohio native, Chox-Mak teams up with Scotland's Bunty Beats and brings us "Dictate The Mic" and round out the podcast with a personal favorite called "The Flute".

Git Beats drops another gem on the show with "Get Stoned" ft. Bob Banner.

Bobby Nelson and Keith Science are no strangers to the show, and this time around they send to us "Running Out of Time" 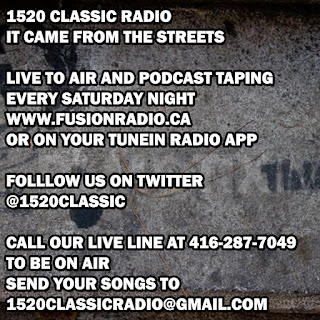 Chris Rivers, Big Pun's son gives us another Freestyle, this time over the classic beat "Computer Love" with a 21st Century Twist with "Catfish Love"

Defreshco is just a "Regular Man", sending us an opus of an EP inspired by Queen and the movie "Flash Gordon", appropriately titled "Fresh Gordon".  This ambitious EP takes Queen's righteous soundtrack and updates it with a twist - don't miss this one!  Also on the podcast, a track called "Just Landed" produced by The Hit List.

Stefnova from KendeR's stomping grounds of London, Ontario Canada connects with us and gives us "4 A Reason".

Mazakou MC (Prod.By Jingha -a) is a track by KIIING SCOOBY ft. MC Shinobi & Precinct Phantom which is a group of folks from NYC, Arizona and Leeds UK.  This track IS HIP-HOP.

Red Jedi is an artist from Toronto, Ontario Canada and is part  of the 1520 Classic Radio family.  This song, "The Weed Spot" is produced by your's truly, the host of the show, KendeR with scratches and co-production by DJ Flatline.  This track is BONKERS.

ThaGodFahim is a consistent artist, putting out albums before one can blink.  This track "Shinobi Ninja" is no exception.  ThaGodFahim's microphone prowess is equally matched with Camouflage Monk's production.

STP, AKA Street Trash Panther prowls with the track "Dusty Blunts".  Two of our show's favorite things...dusty vinyl and blunts.  What can we say lol! :D

From Brighton UK, S.O.S. (State of Soul) sends us "Games They Play", which we can all relate to!

Mystik One from Phoenix Arizona heats us up with "Motivation", produced by Foxaz Beats.

Norman Base is back again, and this time it's "Splash!".

Novalis from Atlanta sends us a gem called "Evil on Me"

Chris Brise is always welcome on our show, and his new track is called "I'm Flexin"

First Division bring us a banging track you MUST turn up loud called "The Truth (What it is).

LISTEN LIVE EVERY SATURDAY NIGHT ON FUSIONRADIO.CA 10PM FOR ALL THE NEWEST AND GREATEST HIP-HOP THAT YOU SEND TO US!
MAYBE YOU WILL GET ON AIR!  BOOM!